Queensland’s very own Professor Michael Pender is the winner of the 2019 John Studdy Award in recognition of his outstanding achievements in research into MS especially his focus on progressive forms of MS.

The John Studdy Award is Multiple Sclerosis Australia’s most prestigious Award, given annually, in recognition of outstanding consistent and selfless provision of meritorious service to people living with MS. The standard of the service is to be of such high-status that ‘the nominee has made, or is making, a tangible difference’ for the benefit of people living with MS and/or their families or carers.

Professor Michael Pender is a consultant neurologist at the Royal Brisbane and Women’s Hospital and Professor of Medicine at The University of Queensland. Graduating from The University of Queensland in 1974 with First Class Honours in Medicine and a University Medal, over the next six years he trained as a physician and neurologist at the Royal Prince Alfred Hospital and St Vincent’s Hospital, Sydney. During his specialist clinical training he developed a keen interest in MS. Professor Pender has dedicated his working life to finding the cause of MS and seeking an effective treatment.

In 1996, with the support of the MS Queensland, Professor Pender established a Multiple Sclerosis Clinic at the Royal Brisbane and Women’s Hospital. In 2003 Professor Pender proposed his theory that MS is caused by an accumulation of Epstein-Barr virus (EBV)-infected cells in the brain. His belief and dedication to his theory led to a world first clinical trial of EBV-specific T cell therapy in MS commencing in November 2015. This trial has shown the treatment is safe and may be beneficial in stopping the progression of MS and that further trials are warranted. Ten people living with progressive MS were treated in this phase 1 clinical trial, seven of whom had significant improvements in their symptoms following treatment.

Professor Pender has made a significant difference to the lives of people living with MS for more than 30 years. His passionate commitment to people with MS is manifest through his close cooperation with MS Queensland and his extraordinary lifelong service to identify the cause of, and potential cure for, MS. He has been an inspiration to the MS community for decades and many people have spoken of the uplifting impact of Professor Pender’s assistance to them in the course of their disease. His tireless work in our sector, and the fact that he continues to pursue this research with passion and vigour, well past the time that many others would retire, makes him worthy of the highest recognition MS Australia can give. 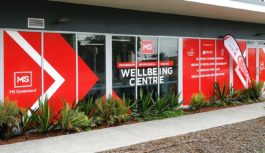 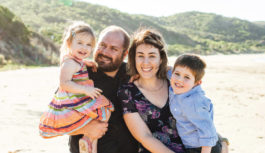 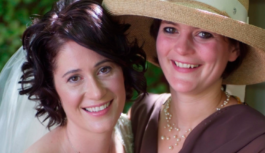