The World as I’ve Seen It: Michael’s Journey from Aged Care to MS Queensland

The World as I’ve Seen It: Michael’s Journey from Aged Care to MS Queensland 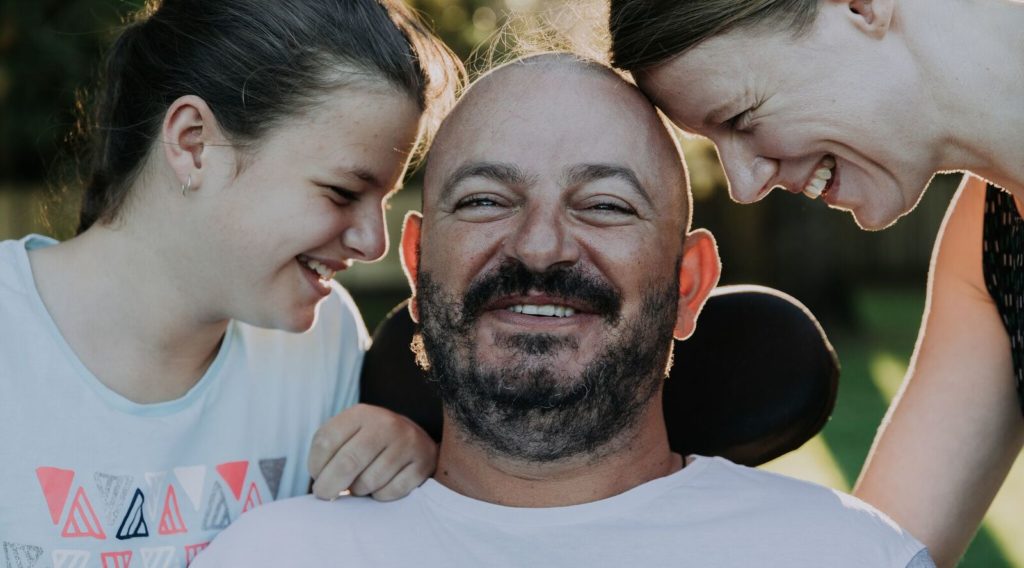 The World as I’ve Seen it

Michael and his wife Isabelle are a pair of true adventurers.

“Michael and I found each other because we were into the same things; we loved travelling and loved having adventures.”

If Michael and Isabelle heard about somewhere to go, or something to do, they would do it for themselves.

As they became a family together with their daughter Kyra, Michael was always strong and independent.

When you meet Michael, Isabelle and their daughter Kyra, you can see what a loving family they are.

“Michael has always looked after everyone, he is the rock.” 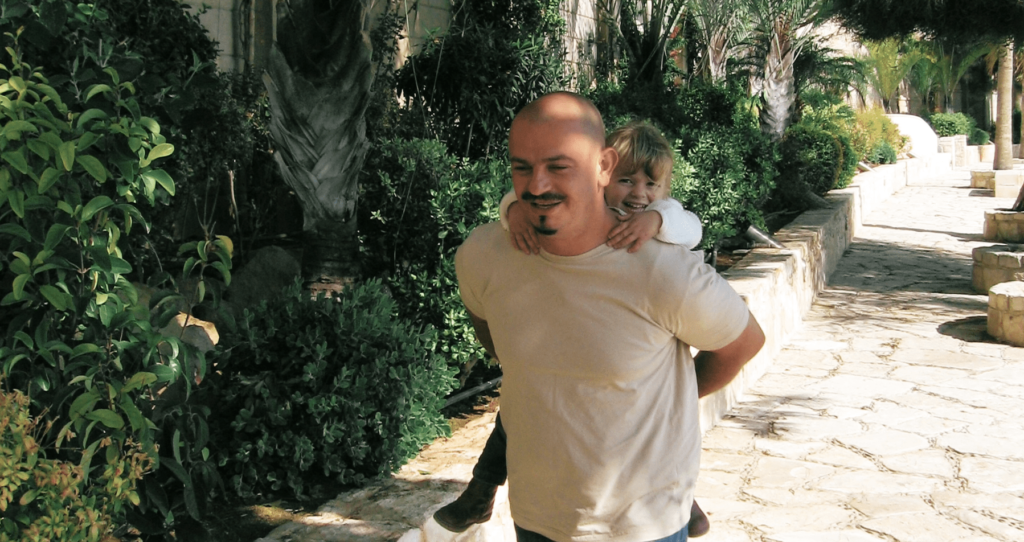 However, two decades after a diagnosis of MS, that same freedom and sense of purpose has been shaken. As a father and husband, the effects of MS are at their cruellest.  “Michael has an extraordinary brain, just because you have MS, you still have all of your dreams and hopes.” – Isabelle

“That’s the hardest bit, knowing what you can do and that kind of person you should be, but you can’t be that person.”

Michael was an active dad and a proud contributor to his family. Now, he just wants to try and feel ‘valuable’. 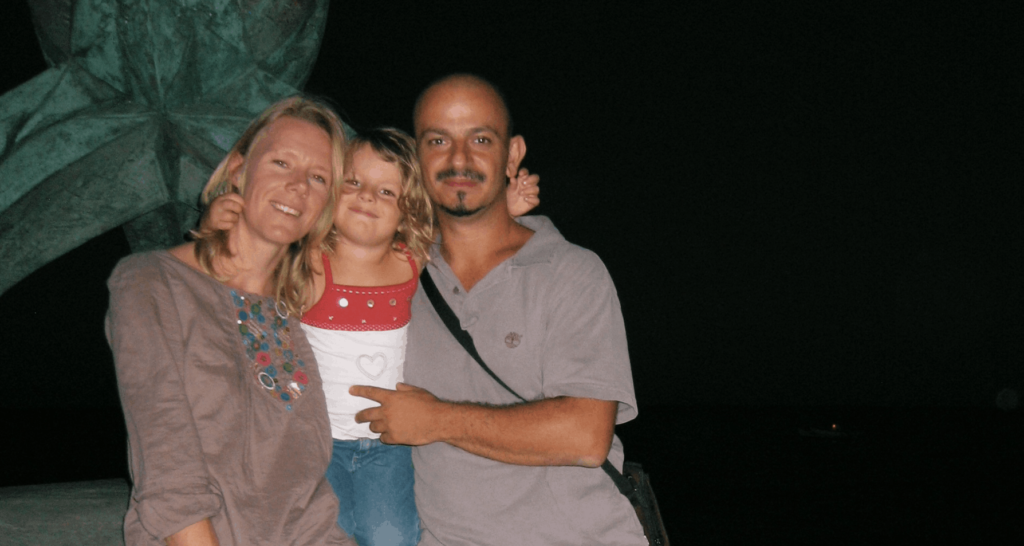 “Michael makes a difference to people all the time. We try and make a positive difference in all relations and for our wellbeing.”

Eventually MS grew tough to manage for not only for himself, but his wife and now carer, Isabelle. There were times were Isabelle and Michael used MS Queensland’s respite service so that Isabelle could have a short break from caring for Michael. 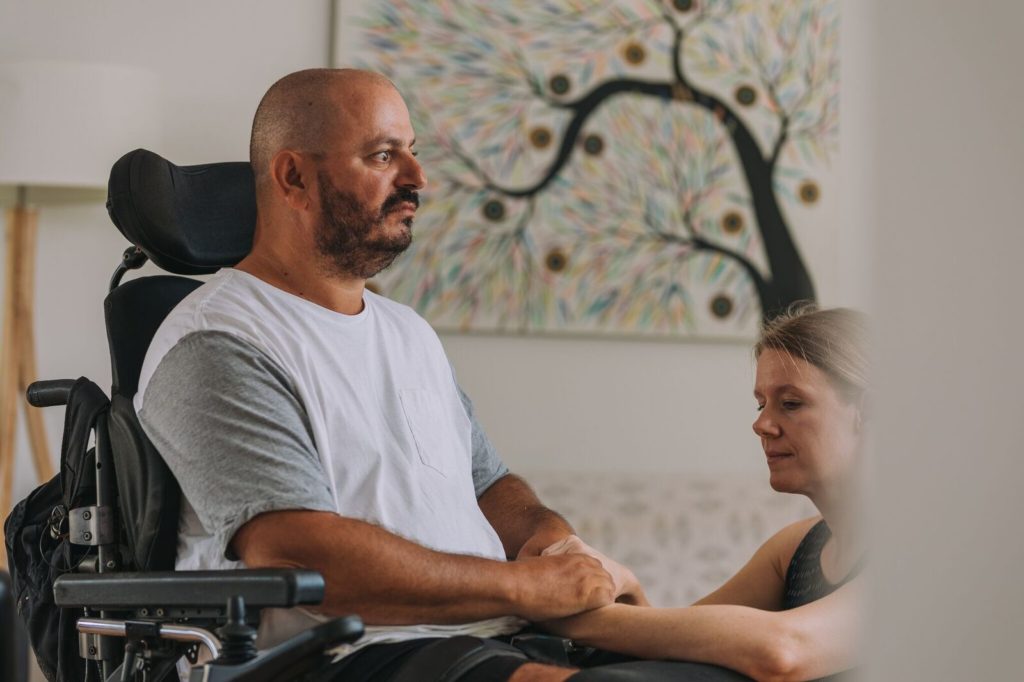 However, eventually a decision had to be made on Michael’s care. He decided to put himself into a nursing home; a father, husband and adventurer and now aged care resident. But Michael quickly realised that for him, it was a mistake.

“I thought it was the right thing to do, to move to aged care.”

“They were all lovely, but everyone in the aged care facility was in a holding pattern waiting to die.”

“I knew then that life without my family was literally not worth living.”

Michael stayed for just 3 weeks before returning home to his family.

His wife, Isabelle, was delighted when he came home. But the future remained uncertain. They both understood Michael’s growing needs, but had no idea what to do next.

Eventually, it was through MS Queensland, who they’d received support from prior, that they heard about ‘disability accommodation’ being built on the Gold Coast.

MS Queensland had told them about Wellbridge and independent living; having your own room; going out when you like; eating what you like and when. We told Michael about living life on his terms – something many take for granted.

But still, the decision to move wasn’t easy. Michael and Isabelle were worried and a little unsure to say the least and understandably so.

“We thought the only option was aged care, we didn’t know of anything else.“

When the day finally came to see the Wellbridge Apartments on the Gold Coast, Isabelle and Michael were finally at ease.

“When we went to see Wellbridge, it was exactly how MS Queensland had described it, it was nothing like a nursing home.  Even though you had shared so much information with us and you had told us about what it would look like and be like  – we still thought – ‘really?’  but everything you said was true.”

Michael and Isabelle had to see it for themselves.

Now Michael lives at Wellbridge. He is still an adventurer; he needs to get out; see the beach; see family. So, at long last with a bit of support, life has become a little more certain, so he can feel a little more free.

If you’re interested in an apartment of your own, you can visit our vacancies page for more information.

Update: After living very happily at Wellbridge, Michael has decided to move to our new apartments in Robina to be closer to his family (and the beach). But we’re sure that Wellbridge will always have a special place in Michael’s heart, as the first place he truly felt at home while needing that extra support.