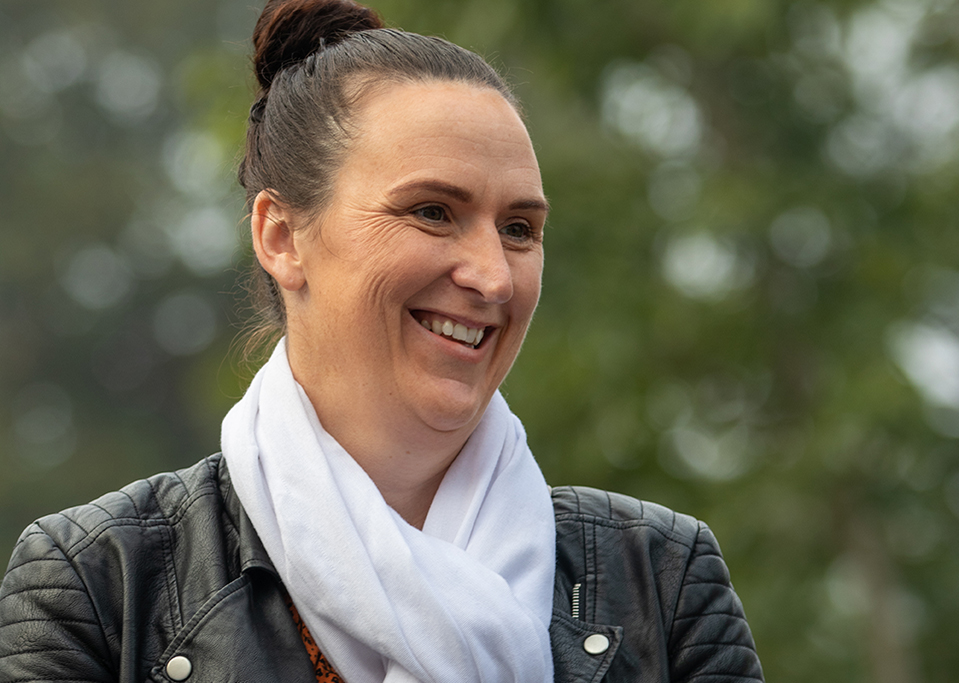 Janine is a talented athlete who was diagnosed with MS at 25. Before diagnosis, she was having visual disturbances when she was exercising (including blurred and double vision) for six months. She thought it was just sweat in her contact lenses, until she lost complete sight and knew something was wrong. After a series of trips between her hometown of Chinchilla to Brisbane and Toowoomba, Janine was diagnosed with MS.

Now Janine refuses to let MS define her. She holds several titles across taekwondo, sparring and Poomsae, as well as wheelchair tennis. In 2021, Janine made history as she headed to Tokyo to take part in 2020 Paralympics as the first Australian to compete in Para taekwondo. Janine has phenomenal focus a passion for overcoming adversity. In tandem with pursuing her extensive and demanding sporting schedule, Janine also works full-time as Head of Department for Maths and Science at one of Brisbane’s most prestigious schools.

“Rather than focusing on what’s being taken away from you and worrying about what could happen in the future, I decide to concentrate on what I still have, and what I can do.”

HOW CAN WE HELP YOU