There isn’t much that Rachel hasn’t done; from trampolining and scuba diving to painting or playing the cello since she was 4. At the age of just 12 years old, whilst living in a post-war London, Rachel saw a banner saying: “Come to sunny Australia”, and instantly decided she would move countries when she was old enough. At 19 years old, she moved from cold, grey London to Australia and settled in Sydney. Working as a typist at the National Hospital for Nervous Diseases back in London, Rachel quickly found a job as a medical secretary in Australia. Fast forward ten or so years and Rachel married and had two young kids with her husband. 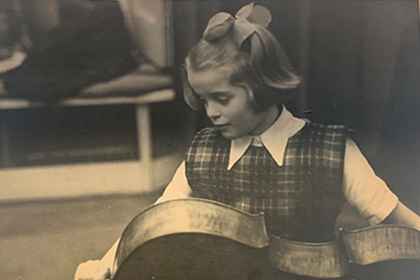 Due to the knowledge from her previous jobs, Rachel began to recognise she was having some MS symptoms – but she dismissed this. However, the next episode was when Rachel and her family moved from Mt Isa to Townsville in December 1973. Too occupied with moving houses and starting a new job, Rachel kept living with ongoing symptoms, but after five weeks later, she awoke, and her symptoms had disappeared. The same thing happened two years later, and once again, Rachel had dismissed her symptoms.

Simultaneously, Rachel’s husband was doing a part-time degree. Rachel tried uni too, but she fell into a deep depression and soon her counsellor convinced her that two young children, an intense full-time job and uni was perhaps too much. From Rachel’s work at the National Hospital, Rachel had learnt about MS and started to treat her MS “like a heavy cloak I wore or carried, and one day I might just cast aside and leave it behind. I thought I may be able to wish it away if I didn’t give it anytime.” 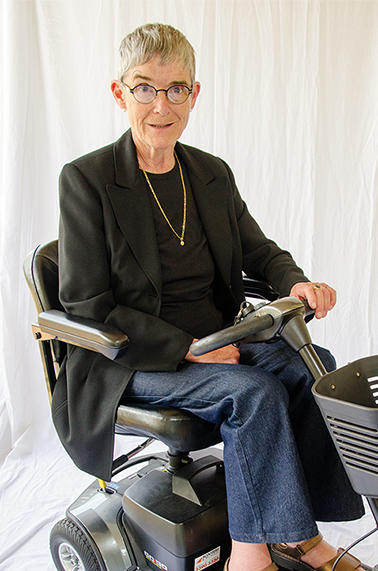 As there were no medications available, Rachel felt there was little point in going to a doctor, “I learnt not to focus on any disability, so the best answer was to concentrate hard on other things.” Other people might call this denial but Rachel doesn’t like the negativity of how that sounds. While medication was not available to Rachel until a couple of decades after her diagnosis, she has always been happy to try any exercise or diet suggested.

All her life Rachel has always kept herself busy and active. Now almost 50 years after her first symptoms, Rachel takes part in what she loves the most, including the active Brisbane Arts scene. She also volunteered on the MS Queensland Board for many years, runs an MS Queensland Support Group and volunteers for Queenslanders with a Disability Network (QDN).

“Volunteering gives me new knowledge, particularly the disability world that now has the NDIS and My Aged Care. There is so much to learn, and I can help others.” Rachel is a very proud mother and grandmother and she lives very happily by herself. Rachel says, “I was terrified one day I might be reduced to using a wheelchair and my useful life would be over and here I am in my 70s using a wheelchair and my life is far from over.  Who would have thought my 70s would be the best decade of my life?” 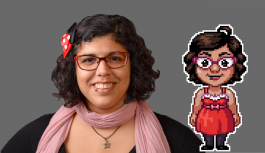 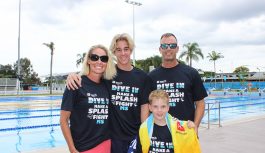 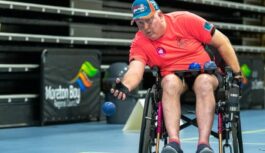 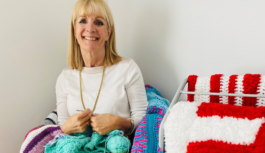