Bronwyn is an inspiring woman. She has lived around MS nearly her whole life.

Bronwyn spent her childhood watching her mother live with advancing MS. To support her family through, she became a ‘little mum’ to her younger sister Kylie. Then, when Bronwyn was just 25 years old, she too was told the words ‘you have MS’.

Her boyfriend Rod first noticed she had started having seizures in her sleep. Bronwyn visited her neurologist following a routine MRI.

“My neurologist simply said to me ‘You have MS.’

“He didn’t see at the time that I was falling apart,” shares Bronwyn. “That I’d lived through my mother’s journey with MS. “After I left his office, I sat at the bus stop for hours and cried.”

“Rod had proposed just prior to my diagnosis. He had no idea what my life was going to be like now — how hard I thought it was going to be for him as a carer for someone with MS.

“So, when I told him I had MS I also broke off our engagement.”

Luckily, Rod’s love for Bronwyn was greater than his worry for what their life with MS would be like. Rod reached out to a support worker who came to their home that same week.

“I remember the support worker saying that my MS could be completely different to my mother’s,” She said to me that ‘MS doesn’t have to stop you from doing things with your life’,” Bronwyn recalls.

“It was only then that I realised that I had treatment options—something that my mother never had.”

The support and generosity of supporters like you has powered progress in MS research from the time of Bronwyn’s mum’s diagnosis to the time of her own diagnosis. Despite that encouraging progress, with still no known cure for MS, there is more to be done.

So, Bronwyn is still worried. What if her MS progresses and her current treatment stops working? And what if her daughters develop MS too?

More research is urgently needed to fully understand the causes of MS. Only then will researchers be able to use these drivers to develop ground-breaking personalised and more effective treatments — and ultimately a cure for MS.

After Bronwyn and Rod were married, they soon welcomed the first of their two daughters, Astrid, followed two years later by Xanthe.

“I was worried when I found out we were having girls, as I knew that MS is more likely to present in girls,” shares Bronwyn.

“We would just say ‘Mummy’s having a bad day’ when I needed to use my cane or I was slurring,” said Bronwyn.

“I didn’t want to take away their childhood.”

Bronwyn is deeply worried her girls will develop MS too. But thanks to people like you supporting research into MS, there are many more treatments available to Bronwyn today than a decade ago.

To protect her daughters from the disease, it’s vital we keep up the pace of those discoveries.

This week, in fact every week, 10 people in Australia will be diagnosed with MS. Thousands of people like Bronwyn are hoping for new treatment options that will make tomorrow better than today. Will you help to progress MS research even further, and help make this a reality for people with MS?

“Research for me is about hope. I hope tomorrow will be better than today, for my daughters’ sakes as much as mine.” – Bronwyn.

With your help, we can turn Bronwyn’s hope into reality. It will take a team and we need you to be part of this team.

We recently featured Bronwyn’s story as part of our 2022 Christmas Appeal. If you have already made a gift to our recent appeal, thank you very much. If you haven’t and are able to support, there’s still time!

Please donate now so researchers can deliver more effective and personalised treatments for people like Bronwyn — and ultimately find a cure for MS. 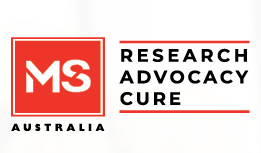 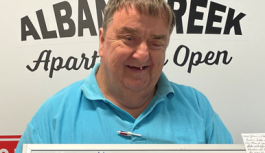 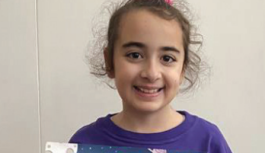 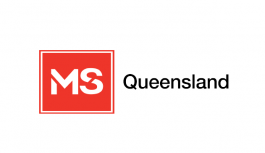 MS Queensland Christmas closure With Christmas just around the corner, we would like to advise that our office closure period for the holiday season.